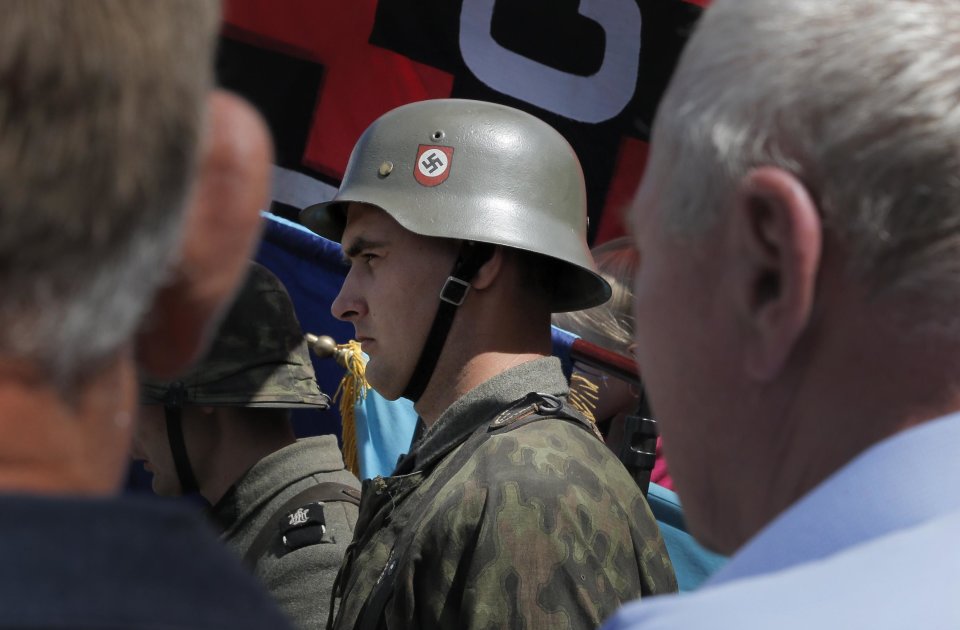 The following is an edited version of a recent news story, but with certain pieces of the usual, predictable propaganda and sensationalism redacted in order get to the heart of the story.  I have then added some additional information below it to try and put all of this into proper context, which the mainstream media does not. Indeed, they typically do all that they can to muddy the waters, as was also the case with this item.

CHERVONE, Ukraine (AP) — Ukrainians dressed in Waffen SS uniforms trudge through trenches and fire model rifles in a reconstruction of a key battle against the Soviets during World War II. An Orthodox priest leads a ceremony for fallen soldiers of the German unit, sprinkling his blessing over several men sporting swastikas who lower a coffin in a ritual reburial.

For eight decades, the greatest mass murder in modern history has been shamefully covered up or ignored.