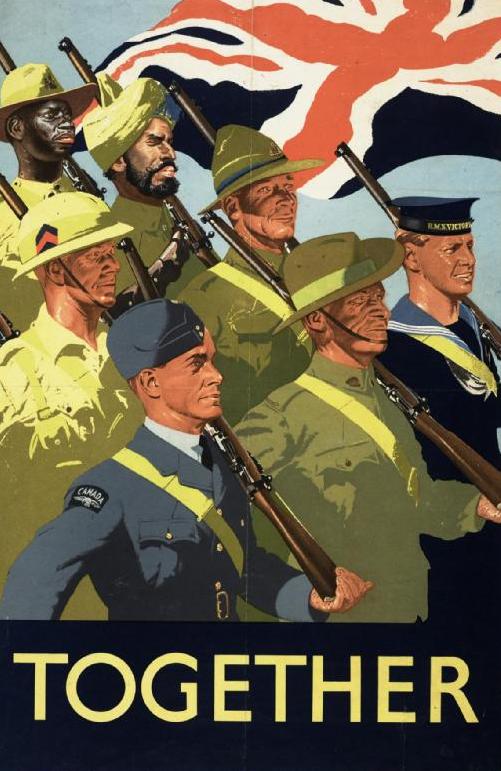 Propaganda poster promoting the joint war effort of the British Empire and Commonwealth, 1939. 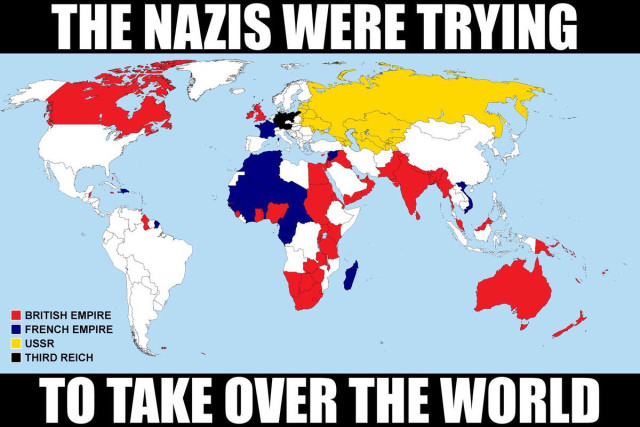 When the United Kingdom declared war on Germany at the outset of World War II it controlled to varying degrees numerous crown colonies, protectorates and the Indian Empire. It also maintained unique political ties to four semi-independent Dominions—Australia, Canada, South Africa, and New Zealand—as part of the Commonwealth.

In 1939 the British Empire was a global power, with direct or de facto political and economic control of 25% of the world’s population, and 30% of its land mass.

The contribution of the British Empire and Commonwealth in terms of manpower and materiel was critical to the Allied war effort. From September 1939 to mid-1942 Britain led Allied efforts in almost every global military theatre. Commonwealth forces (United Kingdom, Colonial, Imperial and Dominion)…